Good morning, ghostlings! Let me apologize wholeheartedly for not being able to post anything yesterday. It was an extremely long day of driving down the narrow, hilly, winding, construction-wrought, and ultimately spellbinding Highway 101. I rolled out of Newport, OR at mid-morning and finally sputtered into Fort Bragg, CA around 9:30.

I’ll try to keep me words brief for this post, as I figure you’re probably anxious to get to the pictures of oceanic opulence. Yesterday was truly a day of visual gluttony; hours and hours of beaches and bluffs and magnificently-crafted rock formations jutting out of the sea.

Throughout the Oregon and California coasts there are countless waysides, byways and vista points for visitors to stop, gawk and snap pictures. I had to try and discipline myself so as not to stop for pictures at every single spot; otherwise I might still be there.

So yeah, I’m just going to dump some of the best photos here. With most I can’t remember specifically whether they came from Oregon or California, but really it doesn’t make a difference. The regions of Southern Oregon and Northern California are remarkably similar; that whole “State of Jefferson” thing has some merit to it. 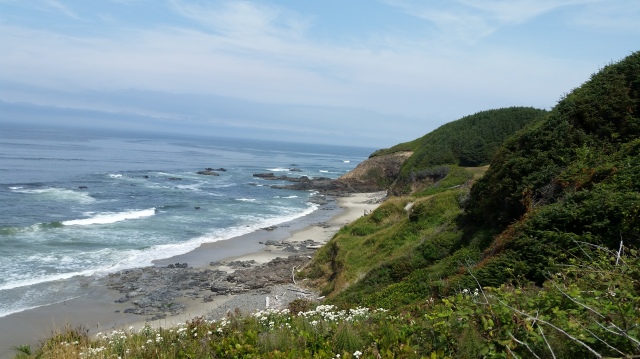 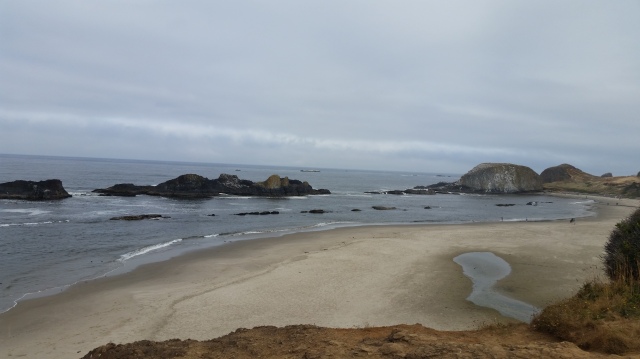 As was the case with Montana, the transcendent beauty of the scenery often functioned as a dangerous distraction, a nefarious siren song of doom. So much of Highway 101 hugs the coastline along narrow, rocky passes that dip and curve and break so sharply that any slight mistake can mean instant death. It makes me wonder how many cars have been buried in that ocean…

As the sun was beginning to set I turned off of the 101 at Leggett in Mendocino County toward Fort Bragg, where a friend had invited me to stay. To get to Fort Bragg you have to take Highway 1, which is is hands-down the cruelest, craziest stretch of highway I’ve ever known. Passing through jagged, mountainous terrain covered by thick redwood trees, the drive is simply one wild, death-defying curve after another. At certain points the angles are so sharp they advise you to drive 10mph, and even at that pace it’s tough to maintain control. I felt like I was playing some demented, amped-up version of Mario Kart. 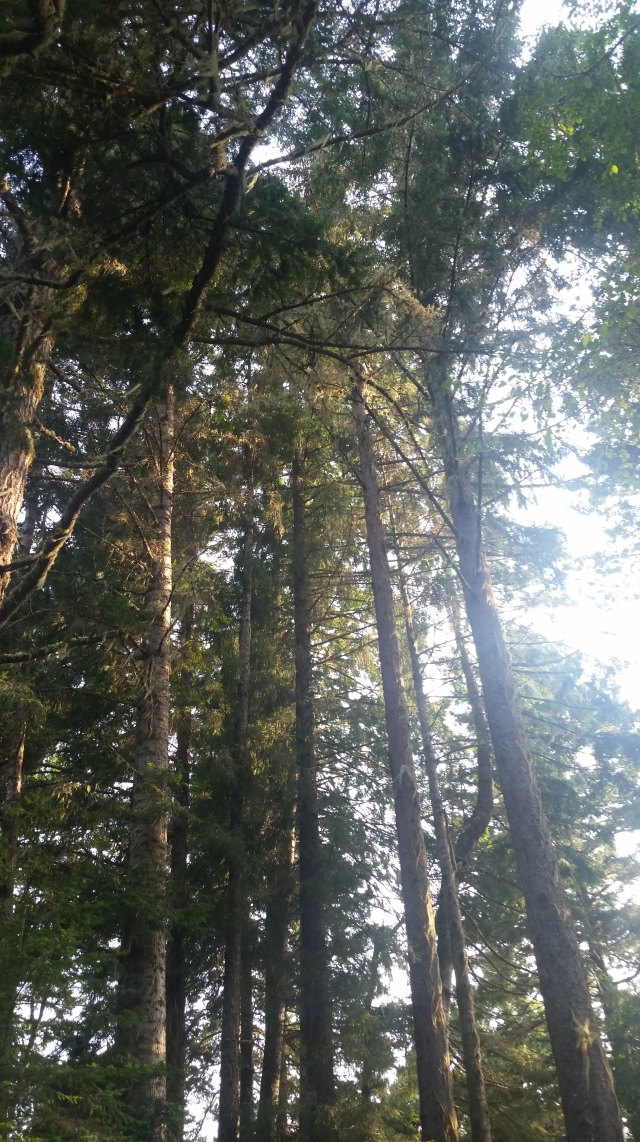 Even as I cursed Highway 1 had to remind myself just what an amazing feat it was to get this thing built. This terrain so so harsh and unforgiving it’s insane to think that human beings tried to manage it just so that we would have access to that gorgeous coast with its spectacular views. California’s Highway 1 is a sadistic demon of a road but also a monumental gem of engineering. Just make sure you have good brakes.

Last night I dreamed that I accidentally drove back to Wisconsin after California without realizing the rest of the Ghost on the Highway Tour. I sincerely hope that doesn’t happen, because I have so much more ghosting to do! Today it’s on to the Bay Area, and shortly after that Los Angeles!

Thanks for all the love, ghostlings! It means a lot to me that people are actually reading this. I promise I’ll have more fun Cali stuff for you tomorrow.